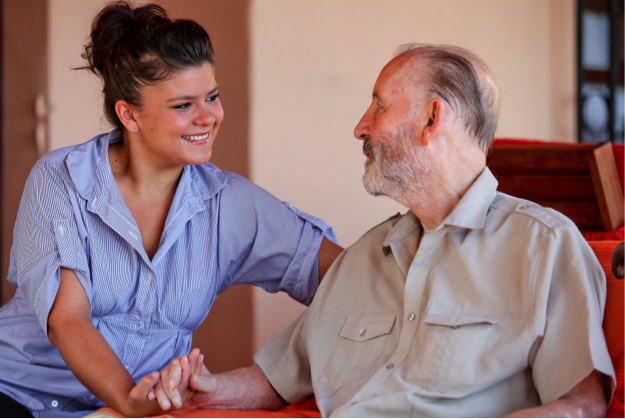 There have been many debates about the origins of substance addiction. Is addiction the result of poor choices? Is it hereditary? Is it a disease? There are cases to be made for all three of these points, because addiction is so complex, it’s hard to pin down just one causal factor. Graduates of paramedic colleges, for example witness patients being rushed to the emergency room for a wide range of reasons, from cardiac problems to substance overdose—however, the former is usually received with more compassion than the latter. Why is that?

Many people have a hard time overlooking the stigma surrounding addiction, despite the fact that as a condition, it has many of the same characteristics of other accepted diseases. For example, someone who has diabetes may have been diagnosed due to poor health choices, environmental factors or even genetics—and the same has been proven true of addiction. Likewise heart disease may be brought on by certain lifestyle choices, entirely in the hands of the patient. Health care providers continue to work toward a greater acceptance of addiction, including its recognition as a legitimate and treatable disease. From “12 Step Programs” and prescription therapies, to DNA mapping and gene manipulation – let’s assess some of the causes of addiction and how it is being treated today:

Addiction and the Brain

It’s been proven that when the brain experiences something pleasurable, it develops new neural pathways that prompt a repeating desire for that pleasurable experience. Over time, those brain pathways become more permanent and the individual becomes addicted to the stimulating substance. Substances like alcohol and cocaine increase levels of the chemical called dopamine—which is responsible for feelings of pleasure— in the brain. When these substances are used often, dopamine levels decrease to compensate and the drug becomes less pleasurable—this is when larger doses are required. Because of the way the brain functions, everyone has the potential to form an addiction. A community services worker, who has worked in recovery centers and has aided in the rehabilitation of addicts, can tell you that addiction is not simply a matter of choice. An individual uses addictive substances because his or her brain demands them and can generate brutally intense withdrawal symptoms without the needed stimulus.

Graduates of pharmacy technician colleges—who are now working in pharmacies—have likely noticed that new medications have become available to treat addiction. long-acting drugs now have the ability to reduce persistent cravings and help in the rehabilitative process. The use of medication is important because healing addiction is difficult and any tool that medicine can offer is helpful to a patient’s recovery. The growing availability of medical treatments helps to legitimize addiction as a genuine disease, treatable with a combination of counselling and prescription medicine.

Researchers have discovered that genes play a major role in determining just how vulnerable to addiction we may be. Studies have shown that people with an immediate family member who suffers (or has suffered) from addiction, are 40 to 60 per cent more susceptible to becoming an addict themselves. Scientists have been able to isolate gene sequences that indicate a greater risk of becoming addicted to substances like alcohol and narcotics.

Genes contain instructions for producing specific proteins, and the way these proteins function can indicate how vulnerable a person may be to addiction. For example, a protein called PSD95 has a relationship to addiction as well as to learning and memory. In one study, mice with lower levels of PSD95 took longer to make their way around a maze and were more susceptible to the effects of cocaine. On the other hand, mice with higher levels of this protein were able to make their way around the maze quickly, and were less likely to become addicted to cocaine. Through the study of proteins and their functions in the brain, scientists have the potential to leverage this knowledge to map out the source of addiction – and completely eliminate it from patients suffering from this debilitating disease.

What do you think will be the future of addiction treatment?